Essay on Indian Culture: Indian culture is one of the age-old cultures in the world established around 5000 years ago. The supremacy and diversity of Indian culture cannot be denied. There’s a common buzzword for India “unity in diversity” which implies that India is a diverse and huge country.

Indian people greatly value their culture and have the etiquettes to cherish and maintain their social relationships in society. With evolving modernization, people of india are also changing ; however, they still put their culture and tradition in the first place. Indian people are highly decorated to spiritualism and believe in mediation and spiritual activities.

The other thing about Indian culture is  that they live in big joint families with their grandparents, cousins, uncles and aunts. So people of india have been inculcated with great values from their birth. Other than this, Indian culture has different cuisines different attires and various forms of folk dances and music many different eras have come and ruled the Indian culture but nothing could influence the rich cultural heritage of india.

Younger generations are still in touch with their ancestors and are therefore able to learn and acquire their cultural and traditional values. Indian culture instills many values including respecting our elders, helping the unprivileged and volunteering for various social purpose.

It is a culture that considers their guests as a god. So people around the world admire Indian culture and their values. Therefore, it would not be wrong to say that india is one of the most precious and valuable countries in the world.

Essay on Indian Culture in English

India is a famous country all over the world for its culture and tradition. The culture of india is the oldest culture of the world around 5000 years. Unity in diversity is the perfect tagline for Indian culture.

People of various religion differ in their language, food tradition, ritual, etc however they live with unity. There is great culture of our nation that we should always welcome our guests like a god very happily. That’s why india is famous for a common saying like “ATITHI DECO BHAVA”.

Be it yoga or meditation practices of spirituality philosophy, mathematics, ayurveda and the literature, they all are the boon of Indian culture. The Indian culture all over the world.

India culture teaches people to love all living being and respect every religion. Indian culture is being popularized and admired by millions. We respect and honour our Indian culture a lot.

Social system of the india is great where people still leaves in big joint family with grandparents, uncle, aunt, chacha, cousins, brothers, sisters, etc. So people here learn about their culture and tradition from birth.

Our ethnic culture always teaches us to behave well, respect elders and always help the needy and poor people. The teaching of bhagavad gita and concept of karma are observed in all over the world.

Essay on Indian History And Culture

India was home to many invasions and thus it only added to the present variety. Today, india stands as a powerful and multi-cultured society as it has absorbed many culture and moved on. People here have followed various religions, traditions, and customs. Although people are turning modern today, held on to the moral values and celebrates the festivals according to customs. So we are still living and learning epic lessons from Ramayana and Mahabharata. Also people still throng Gurudwaras, Temples, Churches, and mosques.

The culture in india is everything from people’s living rituals, values, beliefs, habits, care. Knowledge etc, Also india is considered as the oldest civilization where people still follows their old habits of care and humanity. Additionally, culture is a way through which we before with other. How softly we react to different things, our understanding of ethics, values, and beliefs people from the old generation pass their beliefs and cultures to the upcoming generation. Thus, every child that behaves well with other has already leaned about their culture from grandparents and parent.

Also, here we can see culture in everything like. Fashion, music, dance, social norms, food, etc. Thus, india is one big melting pot for having behaviors and beliefs which gave birth to many different culture.

There are many religion that how found their origin to age old methods that are five thousand years old. Also it is considered because Hinduism was originated from Vedas. Thus, all the Hindu scripture that are considered holy have been scripted in the Sanskrit language.

Also, it is believed that Jainism has ancient origin and existence to the Indus vally. Buddhism is the other religion that was originated in the country through the teaching of Gautam Buddha.

There are many different eras that have come and gone but no era was very powerful to the change the influence of the real culture; So the culture of younger generation is connected to the older generations. Also, out ethnic culture always teaches us to respect elders and behave well, can for helpless people, and help needy and poor people.

Additionally there is a great culture in our country that we should always welcome guest like gods. That is why we have famous saying like “Athithi Devo Bjava”. So, the basic roots our culture are spiritual practices and humanity.

The culture of India is the oldest in the oldest in the world around 5000 years, it is considered the world first and highest culture. There is common saying about india that “Unity in diversity” means india is a diverse country where people of many religion live in peace with their different cultures.

India enjoys a wide variety of culture and traditional presence amongst the 28 states. Indian origin religion Hinduism, Jainism, and Buddhism are all based on dharma and karma. Even, India is a blessed holy place for most of the religions recently Muslim and Christianity also practiced working amongst the whole india population. The pledge also added the line “India is my country and I am proud of its rich and varied heritage”.

Indian culture is characterized by a strict social hierarchy. Furthermore, india children are thought their rales and place in society from an early age probably, many Indian believe that gods and spirits have a role in determining their life earlier traditional Hindus were divided into polluting & non Polluting occupations. Now the difference is decling.

Indian culture is certainly very diverse. Also Indian children learn and assimilate in the difference. In recent decades. Huge changes have taken place in Indian Culture. Above all these changes are female empowerment. Westernization, a decline of superstition. Highest literacy improves education etc.

Essay on Indian Culture and Festivals

Variety of eras come came and gone but no one was so powerful to change the influence of our real culture. The culture of younger generations through umbilical cord. Our ethnic culture always teaches us to behave well, respect elders, care helpless people and always help the needy and poor people. It is our religious culture that we should keep fast, do worship, offer ganga jal, do Surya Namaskaar, touch feet of elder in family, do yoga and and meditation on daily basis.

There is a great culture of out nation that we should always welcome out guests like a god very happily, that’s why india is famous for a common saying like “Atithi Devo Bhava” The basic roots of our great culture are humanity and spiritual practice. Small Essay on Christmas in English: Christmas is the main festival of Christians. This festival is celebrated every year on December 25. Jesus Christ was born on… 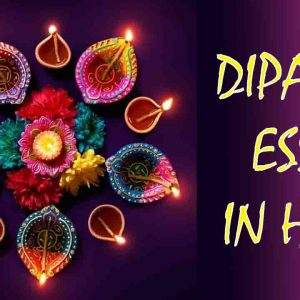 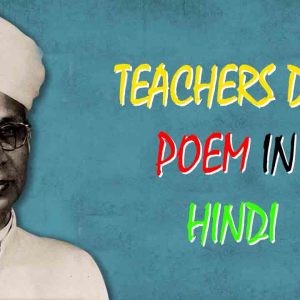 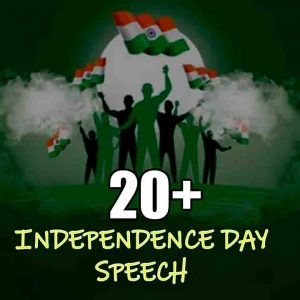 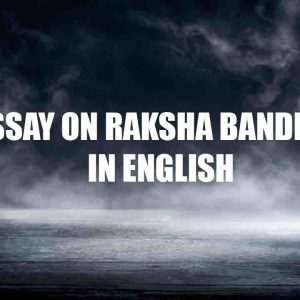 Essay On Raksha Bandhan In English